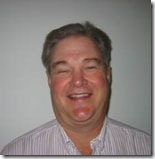 Let's take a step back and examine the impact of currency relationships and what they can mean. In our media driven world of portraying "winners" or "losers", the terms weak and strong, when applied to the dollar, have been used almost interchangeably with good and bad. Given the truth of the assumption, the good and bad concept is particularly interesting when we find someone or something to blame for this terrible thing. Controversy and  debate can abound. Good or bad, weak or strong, it depends entirely on what side of the road you are on. Most agree that we have had a "weak" dollar for awhile. But try to tell the hotels and shops in New York that this is a bad thing because significant numbers of Europeans are coming to New York to buy things because they think New York is "on sale". Tell the Companies, who are now reporting first quarter profits, that did extremely well selling to European countries, that "weak" is synonymous with bad. Or conversely, tell those that work in the European tourist industry and depend on American tourists dollars for their incomes, that a weak dollar is good. Again it depends on what side of the road you are on. Those that assign blame for the weak (bad) dollar may only tell a partial story.

Furthermore, for those that think a balance of trade with a country should be just that; a balance, the weakening dollar, with respect to that currency, certainly facilitates that goal by driving down the payment balance because it takes fewer dollars to reduce the debt (or imbalance of trade). For those that think we should buy less from other countries the weaker dollar also serves this end by making products from other countries more expensive thereby curtailing imports. The weaker dollar may also motivate foreign manufacturers to locate in the USA and hire US workers. Due to their ability to get their hands on "cheap" or "weak" dollars they might find it cost effective. It has long been argued that the Chinese currency should be free floating which would theoretically result in a more balanced world economy. In 2005 the Chinese currency was allowed to partially float. Since that time the relationship to the dollar has changed by a little over 15%, resulting in Chinese products becoming more expensive in the US. However, the counter to that is an increase in costs to US companies that operate manufacturing facilities in China which might result in higher prices (or inflation) in the USA or even a slow down in business which could result in employment reductions in the US.

Finally, the price of oil provides many lessons. Given that most oil is traded in US dollars and that the dollar has significantly "weakened" against the Euro, What is the impact? There is evidence indicating that the price of oil has not increased in European countries nearly as significantly as it has in the USA, and those countries using non dollar pegged currencies are also getting cheaper oil. Now think of this: If an oil producing country accumulates dollars as a result of their oil sales AND they import goods and services primarily from countries where the weak dollar has prevailed (Europe and Japan), what happens to them? In all probability they will experience inflationary pressures and loss of purchasing power while countries that import their goods and services from the USA may find themselves in a more favorable position. Is this good or bad? Depends on what side of the road you are on.

All of this is like keeping several ping pong balls under water at the same time. For our SCORE clients it is important to know that the international machinations of economics and politics exists and that changes may positively or negatively affect their business, either directly or indirectly. It is diligent to evaluate your business under various currency scenarios, even if you think the scenario seems impossible. For a small business to ignore something that may have an adverse affect on their business may be regrettable. Five years ago, $120 dollar a barrel oil or a 160 Euro would have been a part of few business plans.

Stay on the right side of the road!