Growing a Business via a Franchise Operation 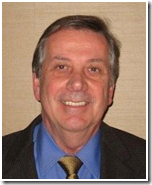 Several clients have expressed to me the desire of growing a successful business without making it a seven-days-a-week proposition, for years without any vacation time. Growing via franchise is one of the options, for the right business operation. Others believe they have an outstanding value proposition and want to launch immediately into a franchise operation. For both, the questions are about what it takes and how much it will cost.

Below is a summary of what it takes to set up a franchise operation:

· First and foremost, you have to have more than just an idea, there has to be an existing pilot operation in place, with a solid track record of revenues generation and profitability, to be used as a basis to design the franchise program.

· From the early stages, I personally recommended the use of franchise consultants or advisors to make sure the franchise program is properly constructed.

· The funds required to be in a position to sell a franchise and meet the basic requirements of a franchisor are typically around $75,000. It may be done for less, but this should be the budget, for planning purposes.

· The key initial steps have to do with the definition of the key components of the franchise program:

- Ongoing royalties (which is where franchisors really make their money)

- Ongoing support of the franchisees

- Anything else that has to be part of the franchise agreement

· The financials and the operations of the existing business will be the basis for this.

· Then, the services of a franchise attorney are required to develop what’s called the Uniform Franchise Offering Circular and the Franchise Agreement. The cost for that is typically around $20,000, give or take a few thousands.

· As those documents are developed, on a parallel track, the would-be franchisor has to write the Operations Manual and design the training program for the franchisees. This information has to be referenced in the Franchise Agreement, and the franchise Operations Manual has to have a specific format. That’s where advisors / consultants can help.

· After all that, one is ready to start selling the franchise. A brochure and package of information have to be available, to be sent to or downloaded by prospective franchisees. These days, a Web site is also an integral part of the presentation of the franchise opportunity.

· Funds will need to be allocated for the generation of leads via:

· A franchise sales process is required to keep track of leads, qualify prospects, and to work with candidates up to the point where a franchise agreement is executed

There are quite a few additional details, but the outline above gives you a pretty good idea of what it takes. As to what it all costs? It’s fairly typical for people to spend up to $150,000-200,000 to start a new franchise operation.