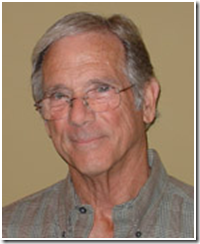 Looking back I guess it was in the fall of 1971… I was on Interstate 5, in Washington State late one morning traveling from one sales appointment to another, and a highway patrol car sped past me with siren wailing and lights flashing. It was at that point, I recall, my boss (who was riding with me) awoke - he’d been dozing, which had nothing to do with whether or not I’m a good conversationalist - turned to me and asked “what do you think of that”?

It turned out what had caught his attention was not the action; what he was focused on was the fact that someone had convinced the statewide law enforcement agency that replacing one of the two red roof lights with a blue light would make their cars more visible in poor weather conditions (lots of rain and fog in the northwest) and set them apart from other emergency vehicles. In short someone saw an opportunity within a mature market - emergency vehicles were all equipped with red lights, albeit in various sizes and shapes - to offer a product that was different, with facts to support its use and it sold!

That man, my mentor, believed there was opportunity everywhere… and to find it one had only to look and listen.

A similar example, I believe, can be seen in the video business… and it has happened several times over. Movies for home viewing were at one point mostly rented at video stores; the process was time consuming, the return process often inconvenient and “oh those late fees”. But did the big operators work at improving matters or were they too comfortable with their existing business model… well, along came a company with a new idea; movies delivered to homes by mail and it sold!

That story doesn’t end there of course; now it’s movies from a vending machine in the supermarket, it’s movies on demand from cable companies and downloads from the internet. So there we had a relatively mature market, and not once but several times someone came up with a new (and for some consumers a more convenient) delivery system and it sold!

The point is opportunity is indeed everywhere, but contrary to the popular adage it seldom knocks; you find it by looking and listening - through market research - then creating or tailoring a product or service that fits. And when that happens, when you meet a specific need or a want, your business should be on the short runway for take-off.

Posted by SCORE Orange County at 9:00 AM