How to Perform a Preliminary Patent Search 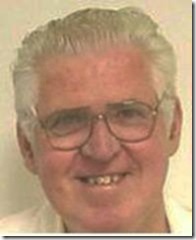 Before spending any money on a Patent Lawyer, it is useful to see if your idea has been patented by someone else within the last 20 years (which would prevent you from selling products based on the idea in the commercial marketplace), or has been patented earlier (which would put the idea into the public domain and allow anyone to sell products based on the idea).

Your major problems are two: finding the index and finding the appropriate class. You should know that the title of a patent has nothing to do with either the index or the class. Thus, to search the USPTO files based on words in the title is a waste of time. You must search the appropriate class and subclass for patents with similar ideas in their abstract. Then, you must read the entire patent of those that appear to describe an idea similar to your idea. To find the appropriate class, go to www.uspto.gov/web/patents/classification/selectnumwithtitle.htm . This will take you to the Index of Classes by name. You must either scan down through this list to find the appropriate class and subclass or hire a patent attorney to do it for about $1000. It is your choice. To see how the system works, click on GO next to Class 007, Compound Tools. This will take you to a list of all of the Subclasses in 007. Note the variety of title for the 70 or so subclasses. If your idea acts like a wrench, note the indented types under subclass 138. Does your idea include an adjustable feature? If so, it is probably under subclass 139, the one with one dot in front of it. However, note the two dots in front of subclasses 140 and 142. These are subordinate to 139. Does your adjustable wrench include a cutting feature? If it does, your idea belongs in Class 007 and Subclass 142, usually described as 007/142.

Click on the red P to the left of Subclass 142 and your screen will fill with the last 50 patents issued in this subclass. Only patents back to number 4,500,000 are active and protected by the government (issued after 1987). The older patents contain ideas already in the public domain. Ideas equivalent to these cannot be patented again.