If You Build It, Will They Come? 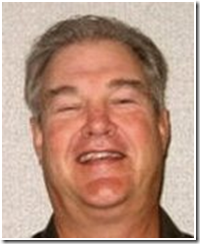 Having done many internet marketing workshops and counseled people on the topic, I have come to notice a curious phenomenon. Many people put a website together and launch it while knowing very little about the internet business. This is great for our workshops. Why? Because these same people attend them to find out how to make their sites do what it is they were intended to do in the first place! The reasoning is simple. People read about websites developed for $1000 that generated several thousand dollars worth of business and the owners ended up with multiple houses around the world and still were able to do business because it was all on the internet. Who wouldn't want that?

That constitutes putting the cart before the horse in my opinion. I recently had a client who admitted that he put his website up to sell stuff because it appeared easy to do -- and it was. However, he found that he got no visitors because he did not rank in search results and did little else to get people to go to his website. Build it and they will come? Not with over 250 million websites and over a trillion webpages from which to choose! My client needed to do something. He went on a discovery mission that took the better part of a year to determine just what needed to be done to get ranked and get visitors. He now has a completely different view of the world and his approach is entirely different. What he thought was an ant hill turned out to be a mountain but he was much better equipped to climb it.

We are all ignorant about many things. We were not born with knowledge. We had instincts but not knowledge. The only solution to ignorance is education. You have to learn what you do not know. Compounding the problem is that many times we do not know what we do not know. People dive into stuff with a great deal of ignorance and wonder why it just did not work the way they wanted. After all, that guy that was written up in Inc. magazine did it. Well, that guy probably represented less than .003 of the population. In other words, a long shot. If we wanted to fly a plane we would have to learn, performing surgery requires a great deal of knowledge and training, drilling for oil has to be learned. Even tying a tie properly has to be learned.

As an old story goes, those that have been successful at something have invested 10,000 hours into it. A golf pro, a lawyer, an accountant, an electrician, a concert pianist, a plumber, an artist, the list goes on and on. Very few have put the cart before the horse. Instead of 10,000 hours spent on the right things, there are too many people who do not even spend 10 hours, much less 10,000 hours, to achieve their goals.

Check out my blog on Internet Marketing at www.rjbradley.com/blog