I Want to Hold Your Hand! 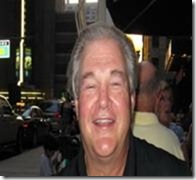 Who said the Beatles aren't still popular? I heard one pundit say that talking about the Beatles to younger folks right now would be like our parents (those of us a little longer in the tooth) talking about Jimmy Durante (who is he?) when we were kids. "Who cares?," we would have said, give me some more Rolling Stones, Led Zeppelin or Queen.

This pundit may have been correct if those in this market had to get prompted by a blitz of magazine, newspaper and television ads to get in their cars, drive to the local music store, try to find the Beatles among hundreds of other artists, titles, and sultry CD artistry. But this is not the case today, quimo sabe, (pronounced ke-mo sah-bee, a reference made in the old Lone Ranger TV series). Today things can be promoted, accessed, reviewed and virally distributed via this thing called social media. Consider the following:

When Apple's iTunes added the Beatles to their database on November 16th about twice as many people in the UK visited iTunes from social media sites compared to search results.  Hitwise says Apple received a "huge spike" in UK traffic coming specifically from Facebook. The week prior to launch Apple was the 86th most popular outbound destination from Facebook. It jumped up to the 20th after launch. One in every 200 web site visits that left Facebook went straight to Apple's web site.

What about the US? Similar results. A substantial increase in the volume of Facebook to Apple traffic after the Beatles premiere.

So is search obsolete? No way. During this same time Beatle related searches increased 30 times in the UK while the US experienced a 20% increase in searches for the EXACT word "beatles" on November 16, one day before the grand launch.

All of this would have been hard to believe when the Beatles were launching their "I Want to Hold Your Hand" in 1964, which became number one on the charts for 7 weeks and ultimately their best single selling single worldwide.  It is very believable in 2010 because of all the methods of communicating directly with potential customers using today's technology.

The bottom line? The world has changed, marketing has changed, distributing products and information has changed, selling and promoting have changed. Change with it. Embrace it. Capitalize on it. Visit a counselor or attend a workshop and "get your hand held". Our's are waiting. Score114.org

You can find this article and over 85 other internet marketing articles, including social media and how-to's at Robert J Bradley's Blog. Settle down for a cup of coffee and get your daily fix of internet news at the BradleyDaily.

Posted by SCORE Orange County at 11:11 AM