Smart Hiring. . . The Key to Your Businesses Growth & Success 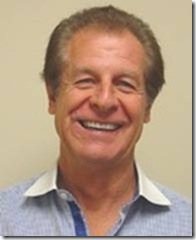 Writing ads, interviewing, and hiring can be an important skill for a business owner. It is estimated in a recent study by the University of California at Berkley that a customer service representative earning $18,000 a year could cost as much as $58,000 to replace. It would certainly make sense if your customer service representative asked for a 10% raise that you gave it to them rather than looking for a new cheaper representative that could cost you $50,000+ in the long run.

Many years ago I had been guilty of not hiring the best person. I would run an ad, interview 10 people and pick the best. Unfortunately all 10 were not top candidates so I ended up hiring the “Best of the Worst”. I have learned when that happened to throw out all the resumes and start over. I recently helped a client company hire a key sales person. We ran an ad in Monster.com and Craig’s List. Of the 260 plus resumes we received we only had four duplications. From that number we reduced the possible candidates down to 60. We then set-up interviews for two full days (15 minutes each). At the end of day two we had six top candidates that we felt all could do the job. We then scheduled the final 6 for a one hour interview and some role playing. At the end we were very excited with our choice and knew without a doubt we had the top salesperson. This was a lot of work, but in the long run they will generate huge sales for the company and eliminate costly rehires.

· Why do you think you would do well on this job?

· Tell me about a goal you set and didn’t obtain?

· Where do you see yourself in 5 years?

· We do random drug testing, is that a problem?

· What would your previous employer tell us were your strengths?

· What would they say were weakness?

· Describe the best person you have ever worked for?

· Can we check your references?

· Can you start on the needed date?

This is certainly not the entire list but these questions are designed to see how the applicants “think on their feet” and also uncover secrets or short comings. We were as interested in how they reasoned out the questions as how they answered them. There is an old saying “Give a person enough rope and they will hang themselves” that was certainly the case with some of the applicants.

After each applicant we did a written review so we would know who ranked the best, (tough to remember when you are interviewing 60 people). After each of these questions we gave them a rating of 1-5. Then at the end we picked the top candidates with the highest point ratings.

· Did they check our web site prior to the interview?

· Did they have basic computer skills?

· Did they ask good probing questions?

· Did they appear relaxed and comfortable?

· Did they have a good personality and sense of humor?

· Did they use good grammar?

· Did they try to close us on the job opportunity?

Remember the more time that you put into hiring key employees the more successful and profitable your business will be.