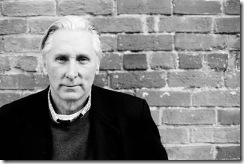 Michael Levine thinks America is in big, big trouble.  The good news is: If you’re determined enough, you can climb over the rotting corpse of the American dream and take advantage of our great nation’s demise.

Levine is the author of “Guerrilla P.R.: How You Can Wage an Effective Publicity Campaign ... Without Going Broke” (Collins, 1994), which is considered a PR bible by many. He is also featured throughout the new Morgan Spurlock documentary about product placement, "Pom Wonderful Presents: The Greatest Story Ever Sold," which premieres April 22.

In an exclusive interview, Levine tells BusinessNewsDaily – in his unique way – how small-business owners can capitalize on everyone else’s laziness and why Starbucks started selling soy lattes.  Here are five of his lessons.

Small-business owners, take heart: Though it may not be immediately apparent, you do have an ace in the hole. Namely, you’re small enough to move quickly.

“If you’re a coffee shop owner and you want to start selling yogurt, you can start doing that tonight,” Levine said. “If you’re Starbucks, it will take you four years.”

The best way to put your nimble nature to work is to exploit your competitors’ weaknesses. Find out what your competition is doing poorly, then do those things well, Levine said.

“If it takes the stoner kid at Domino's 19 rings before he answers the phone, make sure your pizza shop answers on the first ring,” Levine said.

Lesson 2: "How to eat cheesecake and stay thin" (You can't)

There’s a reason it’s hard for your company to get customers’ attention, Levine said. Everybody’s got something to sell. And nobody wants to work for it.

The best way to get your customers’ business, he said, is to work for it – hard.

Lesson 3: “Approach solutions like a junkie looking for dope”

Why do small businesses fail? Because owners are not willing to work hard enough, according to Levine.

“You need to work hard,” Levine said. “You need to work nights and weekends and do whatever it requires. Today people are much more interested in posting pictures on Facebook than they are in working.”

Levine says drug addicts look for drugs relentlessly and don’t stop until they find them. You need the same approach when looking for solutions to your customers’ problems.

“You need to work relentlessly. If you do that, you’re going to win, because most people do nothing at all,” he said.

Levine tells a story about a diner near his house where the only desserts on the menu are giant portions that cost in the neighborhood of $6. If you’re not in the mood for a chocolate cake the size of your head, you’re out of luck, Levine said.

“If you want a cookie, say, for a dollar, you can’t get one because they don’t sell cookies. So what do you do? You walk your butt down the street to Starbucks and you buy a cookie for a dollar,” Levine said.

Why doesn’t the diner sell an alternative to its oversized, overpriced desserts? Because the owner doesn’t care, Levine said. “He’s busy with his golf game, taking his kids to Gymboree, and posting pictures of animals on Facebook.”

Levine’s point is that if you care, you’ll listen to your customers and give them what they want.

He points again to Starbucks, which, after listening to its customers’ repeated requests for soy milk, increased its sales of soy-based products from nothing to 9 percent of its sales over the course of the last few years.

Lesson 5: "Americans are stupid and lazy"

Levine believes that most Americans have lost their edge and no longer value work as a legitimate pastime.

Entrepreneurs and business owners who can do better and try harder will succeed, he promised.

“It’s easy,” he said. “You’re going to win. Because everyone else is stupid and lazy.”

Posted by SCORE Orange County at 9:35 AM