SUCCESS OR FAILURE -- your choice. 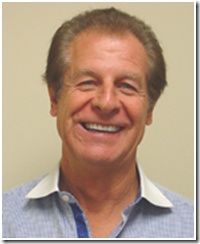 We have all recently read about the raid on Osama Bin Laden. As the story unfolded we learned that the President and Government have been aware of where he was for many months. Our government planned the attack over months and even created a home and street exactly like where the attack would take place. When our highly trained soldiers finally had the opportunity to perform their duties everything went off perfectly. They knew what to do, where each solider would be and exactly what to do in the event of a need for a backup plan. They had a backup to a backup!

As we talked more the client revealed that he had not given the web designer any instructions, or provided him with any guidelines or expectations. As I further probed and pointed out all of the areas the client’s web site should address his only answer was “I don’t understand web sites, so I turned it over completely to the web designer!” Unfortunately the web designer has absolutely no experience or knowledge in the field and products that the client was going to feature on his site and the client provided no information. Chances of success are one in 100 million! (and that is probably low!!)

If you wanted to build a house would you hire a designer (you never met or knew anything about), and give them full rein to select the home site, determine costs, even the city that it would be located in, the size, style, etc. and base your entire decision on their hourly rate? I am sure you wouldn’t! Yet why do so many people in business not learn about what they are doing before they jump in and make decisions and in many cases risking their entire life savings?

The client that I described told me that he had some other businesses in the past and none of them were successful. Gee . . . . Surprise, Surprise!!!

At SCORE we see as many clients coming to us after the fact! The business is struggling or close to closing when they first come to us. We are here to help with expert advice and years of experience, but we are certainly not miracle workers!

There is certainly no substitute for good planning. The old saying is still very true today. “Plan Your Work… Work Your Plan!”

Posted by SCORE Orange County at 9:45 AM