May We Never Forget 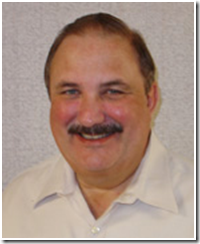 Editor’s Note: Earlier this month, our nation paused to observe the 10th anniversary of the 9/11 attacks on our country. This was a defining moment for our nation, and all who watched the various events that were part of the ceremony were touched as we reflected upon the sacrifice made by the nearly 3000 ordinary working Americans who were struck down that day. We grieved as we watched the thousands of families enter the 9/11 memorial to locate the names of their loved ones etched into the memorials built into the footprints of the World Trade Center towers, the grounds of the Pentagon, and the meadows of Pennsylvania. For me, a particularly powerful moment occurred when one of the speakers read a letter written a long time ago to a Mother who lived in Boston and who lost her five sons in the horror that was the Civil War. The lesson contained in the words of this letter provides an eloquent tribute to all those who have given their lives for our freedom and speaks an everlasting testament to the spirit of America bolstered by the strength of will of its people. May we never forget.

I have been shown in the files of the War Department a statement of the Adjutant-General of Massachusetts, that you are the mother of five sons who have died gloriously on the field of battle.

I feel how weak and fruitless must be any words of mine which should attempt to beguile you from the grief of a loss so overwhelming. But I cannot refrain from tendering to you the consolation that may be found in the thanks of the Republic they died to save.

I pray that our Heavenly Father may assuage the anguish of your bereavement, and leave you only the cherished memory of the loved and lost, and the solemn pride that must be yours, to have laid so costly a sacrifice upon the altar of Freedom.

Yours, very sincerely and respectfully,