Employee or Independent Contractor – An Update 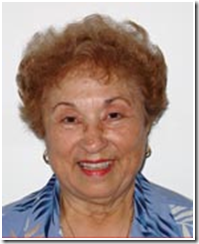 For some time, Human Resource professionals have been advising clients to make sure they are classifying their workers correctly or suffer the consequences. Not everyone they hire as an ”Independent Contractor” meets the IRS description of an IC.

It is estimated that more than 10 million American workers are classified as independent contractors. But how many of them are really self-employed and how many are falsely labeled as such by unprincipled employers?

That's one of the questions the Senate Committee on Health, Education, Labor and Pensions (HELP) set out to answer in a hearing on employee misclassification in 2010.

A 2000 study commissioned by the Department of Labor found that up to 30% of employers misclassify at least some of their employees. The practice is widespread in the construction industry and in low-wage and gray market sectors of the economy. By misclassifying their workers employers can cut their labor costs by up to a third.

Who counts as an employee? The law takes a pretty commonsense view of the question. Basically, if you work for wages with the employer's tools at the employer's workplace under the employer's supervision, you're an employee. True independent contractors are literally in business for themselves. They invest capital in their own ventures and share in the profits or losses of their enterprises.

Most workers don't realize that most of the rights they take for granted in the workplace derive from their legal status as employees. For example, most anti-discrimination laws are written in terms of what employers can do to their employees. Contractors may not be protected.

In January of 2010, the DOL hired more inspectors to combat misclassification. The President's 2011 budget calls for an additional $25 million to help the DOL, IRS and other agencies address the problem.

The IRS recently announced a new voluntary disclosure for companies with misclassified workers. Workers are frequently misclassified for a variety of reasons, either intentionally to save costs, or unintentionally because of a lack of knowledge.

Misclassification reduces tax revenue in two ways. First, those classified as self-employed are less tax compliant than W-2 employees and second the employers fail to pay unemployment and Social Security and Medicare due on employee salaries.

If the IRS determines you have misclassified a worker as an independent contractor rather than an employee, get out your checkbook. You may be charged for back taxes, interest and penalties. In fact, there is even the possibility of criminal charges. And in some cases the misclassified worker has been able to sue the employer for lost benefits during the time in which he should have been considered an employee.

The IRS has a set of guidelines an employer can use to determine the proper status of a worker. After reviewing the criteria, if you are still uncertain, the IRS will make the determination for you if you file the form SS-8.

While in the short-term, using independent contractors in your business may save you money, it could cost you significantly more in the long-term.

Make sure you choose wisely.

For more information, check out these articles on www.Business.gov