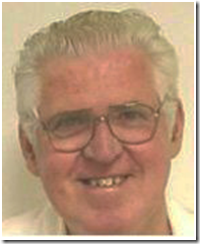 The recent changes to the Patent Law of the USA have caused consternation among the public. As usual with Congress, they involved a variety of largely unrelated compromises. The changes involved two major features:

1. The Congress now allows the US Patent and Trademark Office to keep more of the fees it collects, in order to hire more examiners. This had the goal of reducing the backlog in unexamined applications that are now delaying patent awards into the four year or longer time period.  The time to obtain an actual patent has become so long that I have had to change my interpretation of how venture capitalists consider new ideas.  Whereas they used to prefer, even demand, an issued patent before providing financial support to an organization exploiting a new invention, they recognize they can no longer wait for the issuance of a patent. The VC must accept more risk in considering these new inventions.

2. The Congress changed the primary criteria for establishing who is entitled to Patent protection. The new law says the first person to file a viable patent application, potentially including a provisional patent, is entitled to be recognized as the inventor. Up until now, the law stated that the first person to invent something was the legal inventor. This criterion led to endless arguments in courtrooms about who could demonstrate most forcefully they invented something before someone else (sometimes several years before any application was actually filed). Not infrequently, these cases went on for over ten years. In one case, Edwin Armstrong, the now recognized inventor of frequency modulation (FM) radio, committed suicide by jumping from his radio tower in sight of the RCA Building in New York when he lost an extended case to the Radio Corporation of America.  This change makes it more important to file a viable (complete) patent application early. It also raises the importance of filing a viable "provisional patent application."  If the provisional patent does not contain a well worded statement of its claims, the filer is left in the same situation as before; a long legal battle can be expected as to whether the claimant actually and adequately disclosed a new and novel invention at the time they filed the provisional patent.

As before, the inventor's best path is to read David Pressman's Book on "How to Prepare Your Own Patent" that is available from nearly every city library. It is also available for about $30 from Nolo Press in Berkeley, Calif. As does he, I advise reading his book, preparing a preliminary patent application, doing a preliminary search of the Patent Office files over the Internet, and then hiring an experienced Patent Agent to prepare your formal application. The preliminary search must be done using the Patent Office files. Doing a Google search is a waste of your time. The Patent Office files can be accessed at http://www.uspto.gov/web/patents/classification/uspcindex/indextouspc.htm

Use the HTML row of letters to select the first letter of how you describe your invention, a lamp, a pump, a motor, etc. You will then be taken to a list of how the Patent Office interprets that title and suggests the appropriate class and subclass in their system to  examine.  They will frequently suggest an alternate name or category to search.