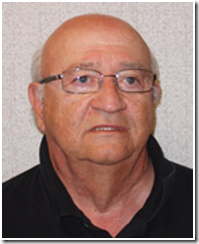 Budgets are an important business planning tool. They manage costs and help foresee problems. Developing a budget is a time consuming tasks filled with risks from uncertainties especially when predicting future sales and costs. However, forsaking such a task has one making important business decisions based on little quantitative knowledge of the risks involved.

Assessing the risk requires using a simple statistical function and basic math. The function, known as the BETA distribution, has been used by engineers and planners to evaluate the risks based on uncertain predictions. This distribution gives a statistical estimate of the expected value and the range of possible high and low values. Its simplicity derives from requiring only three thought out numbers – the most likely, the most optimistic and the most pessimistic values. The formulas are simple:

Before we apply the function some definitions are in order:

• Most likely value: This is what you would expect the sales or cost would be.

• Expected value: The expected value is a calculation that serves as the best prediction of the most likely outcome.

Now that we have an understanding of the definitions, let us look at an example.

Jan H. owns a small local gourmet bakery. Her products range from cookies to custom made cakes. To satisfy the current health craze she developed a gluten-free, lactose-free chocolate cake. Taste tests by her customers were very favorable and many indicated they would buy it and are willing to pay $7.00.

Jan is uncertain as to the number of these cakes that can be sold. She expects that sales would be 30 per month. But it can go as high as 40 or as low as 10. Another uncertainty is the cost of ingredients and labor. Presently the cost is $3.50 and can drop to $3.00 as more ingredients become available or can increase to $4.50 if the external market demand for the ingredients becomes greater. For competitive reasons she is afraid to change the selling price from $7.00. How should she plan?

First, let’s look at sales. Using the BETA distribution the expected, highest and lowest sales can be determined.

How can Jan H. use these numbers to establish her budget?

By not using the BETA distribution Jan H. might decide to produce the cakes based on her original estimate of 30 cakes per month. She now knows that there is a good chance that only 23.3 cakes could be sold with a profit of $75.25. Jan H. must decide if this is sufficient profit. If Jan decides to proceed she now knows that sales need to increase. This can be accomplished by advertising, giving samples to customers or notifying local doctors and allergist of her new healthy product.

As seen from the bakery example, the BETA distribution is a very simplistic yet a powerful tool. It can be used in many business situations to asses risk when there is uncertainty. If the business is viable under the most pessimistic situation, it has a good chance of future success. If not, as Jan did, one now knows what steps need to be taken.

Posted by SCORE Orange County at 9:42 AM