Social Media and Your Small Business 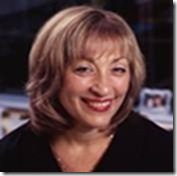 This article was written by Rieva Lesonsky – CEO, GrowBiz Media

How are you using social media in your small business? If you’re like most small business owners, you’re spending more time and money on social media and accepting that it’s not a fad, but an essential part of your marketing mix. So say the results of a recent Vocus survey of 400 small and midsized businesses (SMBs) and their use of social media.

Vocus partnered with John Jantsch of Duct Tape Marketing to analyze the data and here’s some of what they found:

Spending is set to rise, with 84 percent of SMBs reporting plans to increase their use of social media at least a little in the future.

Slightly more than one in five (22 percent) SMBs use a consultant to help with their social media marketing efforts.

However, the majority (73 percent) of SMBs have simply added social media to the existing duties of a marketing person.

SMBs recognize the value of social media; 77 percent say it currently accounts for 25 percent or more of their overall marketing efforts.

However, there are still challenges in marketing through social media. The study didn’t pinpoint one outstanding problem, but says that “many smaller nuisances add up to overall frustration.”

What Are They Measuring?

SMBs are looking for tangible results from their social media efforts, and are capturing lots of metrics to measure this. The most common metric was increased traffic to a website, which 76 percent of SMBs regularly measure.

What do they want from their audience? While 40 percent of SMBs want a smaller but highly engaged audience, 27 percent say they’d rather have a huge following with little engagement.

Where Are They Socializing?

While Facebook is still the top social media currently used by SMBs, the study suggests it may be saturated. When SMBs were asked about future social media plans, Facebook ranked second to last.

I was heartened to see how many small businesses are already using social media, and interested to see their plans for the future. As an avid social media user, I can relate to the challenges involved. Social media can be overwhelming, especially since it’s often portrayed as “free” and easy.

Whether you need help getting your feet wet in social media, or would like some input on your future social strategy, SCORE mentors can help. If you don’t have a mentor, visit the SCORE website to get matched with one and get free business help 24/7.

Posted by SCORE Orange County at 9:26 AM