Do You Have a Good Idea or a Dumb Idea? How to Find Out. 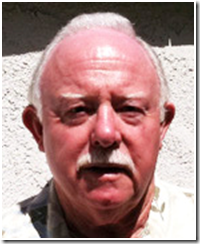 To put the terminology in the proper context, I consulted the web version of Webster’s Dictionary (namely, www.webster-dictionary.net) to get the proper definitions to use. First, the term “dumb” is defined as:

“lacking brightness or clearness; silent; not speaking; not accompanied by words”

My spin on this is that if you have an idea that’s really “dumb”, then it’s silent in the sense that it doesn’t say much for itself!

An informal use of the word “dumb” is stupid which Webster defines as:

“resulting from, or evincing, stupidity; formed without skill or genius”

Probably the best term to use would be “useless”, which is defined as:

“having, or being of, no use; unserviceable; producing no good end; answering no valuable purpose; not advancing the end proposed; unprofitable; ineffectual”

Consequently, in the context of this discussion I’m going to assume “dumb”, “stupid” and “useless” are interchangeable. Examples of ideas that most likely would be labeled with one of these adjectives would include unscented perfume, diet celery, powdered water, toasted popsicles, see-through blinds, screen door on a submarine, underwater hair dryer and bird laxative.

On the other hand, Webster defines the term “good” as:

In order for an idea to be characterized as a “good idea”, I believe, would be one that answers the end desired, promotes success and is useful.

In order to assess whether or not your idea is a good one (and hopefully not a dumb one), a reasonable approach would be to determine if anyone might have an interest in your idea. Remember, just because you believe it’s a good idea, doesn’t necessarily mean someone will buy it. To be successful, you’ve got to be able to sell it! In this regard, there are several steps that you could take. A word of caution however is that, if you have not already filed for patent protection, be careful what you say and show as you pursue this “inquiry process”. Good advice says get non-disclosure/confidentiality forms signed and in place before revealing to anyone what you have in mind. Suggested steps that you could employ are as follows.

Find an inventor group in your area and talk to inventors who have invented similar or like types of ideas/products. Inventors’ Digest magazine contains a list of approximately 70 inventor groups by state. This would clearly be a good starting point. Additional inventor organizations can be found listed at www.inventorsdigest.com.

Contact companies that manufacture like products. To get information relative to such companies, steps you could take are as follows:

Go to the U. S. Patent and Trademark Office website (www.uspto.gov) and conduct a patent search to identify patents that have been issued for similar or like products. An alternative would be to go to a Patent and Trademark Depository Library in your area, where you will find ready and helpful librarians to assist you. The strategy here is that the patent disclosure will list the name(s) of the person(s) who received the patent and their address, which may still be current. You could then follow-up and talk to the patent holders as to what they did with the patent and how successful they were.

Talk to potential investors. If no one is willing to invest in your idea, then maybe it’s time to move on to another one. On the other hand, if there is potential investor interest, then keep moving forward. Wikipedia, a web-based encyclopedia (see www.wikipedia.org), suggests go beyond the “three F’s” (friends, family and fools) and talk to potential “angel investors”, individuals who typically provide funding to get new products going and businesses started prior to seeking venture capital funding. To identify potential angel investors, the Angel Capital Association (see www.angelcapitalassociation.com) can provide a list of angel groups in your area. Keep in mind, however, that in order to obtain any reasonable assessment from a potential investor, you must have more than a idea or schematic on paper. You generally need to have performed a “reduction to practice”, that is, the claimed invention works for its intended purpose, or built a prototype (working model). You can also expect that the potential investor will request information regarding your intended market and information relative to how your invention compares with other related products in the marketplace.

Be careful in responding to TV/radio solicitations and classified ads in magazines from invention promoters/promotion firms seeking new ideas. Historically, many of these types of firms have developed a tarnished reputation in terms of not delivering on claims made at the expense of inventors. There are, no doubt, reputable firms of this type with proven track records, but, before pursuing this approach, you should consult the Better Business Bureau and the Federal Trade Commission (see www.ftc.gov/bcp/conline/pubs/alerts/invnalrt.htm) for complaints. Getting your invention idea evaluated by a reputable, professional invention evaluation firm would be very valuable.

In summary, Don Debelek in his June 2002 article in Entrepreneur magazine entitled “Want Some of This, A Good Product is Nothing Without a Customer Who Wants to Buy It” provides some good advice in that he says

“..if you want to make sure you’re spending your money and time wisely, take time to find out what potential buyers think of your idea. That small step will stop you from making costly mistakes, and it will give you the best shot at successfully introducing the best possible product”.

Posted by SCORE Orange County at 11:39 AM