With Your Idea, Are You Trying to Navigate the Red Ocean or the Blue Ocean? 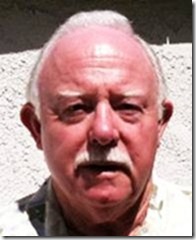 According to the U.S. Patent and Trademark Office (USPTO), there were approximately 225,000 utility patents and 21,000 design patents granted in calendar year 2011, thus implying that over 200,000 new product ideas could potentially enter the marketplace. And this doesn’t even include non-patented new product introductions! However, historically, only a small percentage of granted patents ever reach commercialization—specifically, the USPTO estimates that only 2 to 3 percent of patented ideas ever make it to the market. Of those that do, it is estimated that 90-95% of all new products entering the marketplace fail. There are many potential reasons as to why this happens. One key reason might be that no real market existed in the first place and another might be that there was no thorough research conducted relative to the competition. In order to be successful, you need to have a realistic picture of the competition. Many times inventors believe that their product idea is so unique that no competition exists. This is rarely, if ever, true. All of these types of activities are key to “doing your homework” in the sense of performing detailed market research to see where you product idea “fits”.

A very insightful characterization of the nature of the product market environment that an inventor will encounter first appeared in the article entitled “Blue Ocean Strategy” in the October 2004 issue of the Harvard Business Review, by W. Chan Kim and Renee Mauborgne. (Note: This subsequently became the foundation for a world’s best selling book by the same name that was published in 2005 by the Harvard Business School Press.) The authors defined the business universe as consisting of two distinct kinds of space, referred to as red and blue oceans.

According to Kim and Mauborgne, “red oceans represent all the industries in existence today”.  Furthermore,

“In red oceans, industry boundaries are defined and accepted, and the competitive rules of the game are well understood. Here, companies try to outperform their rivals in order to grab a greater share of existing demand. As the space gets more and more crowded, prospects for profits and growth are reduced. Products turn into commodities, and increasing competition turns the water bloody”.

If you have an idea for an invention that will compete with existing products and a well-defined market space, then you’re navigating the red ocean where it will be more difficult and challenging to be successful. Examples would include inventions that are marginal or incremental improvements to already existing products.

When you’re in the red ocean, the “infrastructure” already exists for products like yours in the sense that there are already established distribution channels, the market space is generally well-defined and understood, the customers/users are known, the suppliers and developers of like products are known, patents and claims are already documented, like or similar products are available for analysis and comparison, the value (sales and orders) of the market space is well documented, and licensing candidates are generally more easier to find.

If like or similar products are already being produced by one or two companies that dominate the market space, then you’re in the red ocean. Someone is already there. They’ve beat you to the market! They now “own it”!

already numerous companies providing products in this market area, then you’re in the red ocean.

If you have the “mine is better” mindset and the market space, i.e. the users of like products don’t really care or need a better way of doing it, then you’re in the red ocean.

On the other hand, according to Kim and Mauborgne:

“Blue oceans denote all the industries not in existence today—the unknown market space, untainted by competition. In blue oceans,

demand is created rather than fought over. There is ample opportunity for growth that is both profitable and rapid.”

Depending on the nature of your invention idea, you may have the opportunity to be more successful and reap greater profits if you’re navigating the blue ocean.

When you’re in the blue ocean, you are in potentially uncharted territory. The market “niche” is not necessarily totally understood and/or well defined. You’re not sure who the potential competitors may be and how these entities might react to the introduction of your product idea. It is, however, a great opportunity for “first to market entry”, but, as a consequence, it may be more difficult and/or challenging to find licensing candidates.

To “navigate the blue ocean” may require “thinking outside the box”. Come up with an idea that isn’t

and limited market space. A number of years ago in an issue of Business Start-Ups, Nick D’Alto suggested:

· “Imagine a restaurant with no waiters, no tables and no silverware. (You just described the first McDonalds.)

· Imagine a bookstore with no books. (You just created Amazon.com.)

· Imagine a glue that hardly sticks at all. (You just invented Post-its.)”

The difference is that in the red ocean your invention will be competing in existing market space and exploiting existing demand whereas in the blue ocean you are creating an uncontested market space and creating and capturing new demand. You really need to know whether you are in the red ocean or the blue ocean as you “chart the course” for your new idea or invention.

If you believe you’re in the blue ocean when in reality you’re in the red ocean, then you’re in for a real surprise! That’s why market research is so critical in the invention development process. You need to know where you are (that is the “color of the water” you are trying to navigate) and what you need to do in order to be successful as there is a different set of challenges in each ocean.

If you’re conservative and not a “risk taker” then follow the advice of Jo-Anne Hayes-Rines in her “Editor’s Voice” article in the July/August/September 2006 issue of Inventors’ Digest in which she says “Invent in an industry you know and understand; that is advice all inventors should heed”. On the other hand, if you are truly looking for that idea that no one has ever really thought of and you sincerely believe that you could create a need for it, then move forward. Think outside the box! But be careful as a “need” is not synonymous with “someone will buy it”! Bon voyage!

Posted by SCORE Orange County at 11:14 AM