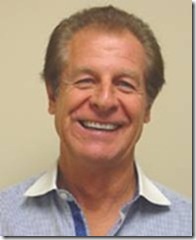 Drug testing, which is legally required for many public employers, has become widespread in the private sector over the past few years. In a 2006 HR survey it was found that 84% of employers required new hires to pass drug screening, and 39% randomly test employees that were hired. The purpose of testing is to lessen drug abuse in the work place that directly reflects into tardiness, absenteeism, turnover, attitude problems, theft, decreased productivity, crime and violence. The US Department of Labor estimates that drug use in the workplace costs employers $145 + billion dollars annually in lost time, accidents, health care and workers compensation costs. Over 65% of all accidents on the job are related to drug or alcohol and substance abusers utilize 17 times as many health care benefits and are 7 times more likely to file workers compensation claims then non-abusers.

Most drug-testing programs are not implemented without first establishing policies and procedures. The most common type of testing is pre-employment. Courts have consistently upheld the legality of requiring a pre-employment drug test as a condition of employment. To be safe you should obtain the employee consent and clearly indicate drug testing is a requirement for employment. Post-employment testing includes random testing (for safety sensitive positions), individualized suspicion testing, post-accident testing, and testing that are legally required in certain industries, for example truck drivers.

HOW IS THE TESTING CONDUCTED

Most drug testing is done by sending an applicant to a collection site or lab, where a urine sample is obtained for analysis. Results are normally known with 24-48 hours. Most labs utilize the five-panel test of “street drugs” consisting of Marijuana (THC), Cocaine, PCP, Opiates (such as codeine and morphine) and Amphetamines (including methamphetamine). Although each drug and person is different, most drugs will stay in the system for 2-4 days. For chronic users of certain drugs, such as marijuana or PCP, results can be detected for up to 14 days or longer. Sedatives such as Valium may stay in the system for up to 30 days. When the more expensive hair testing method is used, drugs can be detected for a 90 day period. Some employers have the potential new employee pay the cost ($50-$75) and with the understanding that they will be to reimbursed after their 90 day probation period.

WHAT HAPPENS IF THERE IS A POSITIVE TEST

Nearly all testing labs have extensive procedures to re-confirm a positive test before reporting. Most drug testing programs also utilize the services of an independent physician called a Medical Review Officer (MRO) to review all test results. In the event of positive results, the MRO will normally contact the subject to determine if there is a medical explanation for the positive results. There can also be tests that are “negative” but show an abnormal result such as a “low creatine level,” which can indicate an applicant attempted to dilute the sample by excessive drinking of water or some other form of alteration. The MRO would also examine these samplings.

On pre-screening applicants it is not recommended to allow them a 2nd test as many chemicals may leave the blood stream before the 2nd test is conducted.

Pre-employment drug testing can be set up with a minimal amount of effort. Firms that operate from a local location can usually find a close-by medical clinic for tests.

Most employers find that a drug-testing program will eliminate people with a problem and not good applicants. Compared to the cost related to drug use to administer this program is far cheaper and safer than operating without one. Many insurance companies may offer the employer discounts for having a drug-testing program in place.

Posted by SCORE Orange County at 9:32 AM