Is It A Gift, A Loan, or an Investment? (The Need for Documentation) 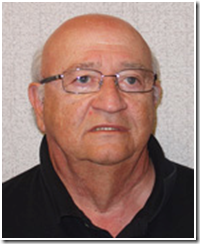 Accountants when working with small businesses often find an influx of cash that cannot be explained by increased sales. In most cases there is no backup documentation. This is usually true when the cash came from friends or relatives. The question arises was it a gift, a loan or an investment?

A gift has no expectation of being paid back. A loan should be documented and have the principal amount, a due date, the method of payment, and the interest rate. An investment indicates one or more new shareholders, members or partners depending on the form of the business. Each one of these situations can have a financial impact on both parties. Finding the basis for this cash places the accountant in a quandary as illustrated by the following scenario.

Jack who is single was a designer of exclusive women dresses for a large manufacturer. About a year ago he decided to quit his job and become an entrepreneur. Jack formed a Limited Liability Company with himself as the only member and opened a boutique shop selling custom and semi-custom dresses for special occasions. Jack underestimated his start-up and operating costs and was quickly running out of cash. He had no assets that could be used for a loan collateral, so he solicited friends and relatives for money. The following abbreviated conversation occurred between Jack and Mike C., Jack's accountant.

Mike C. Jack, I noticed an influx of $50,000 cash into the business. Where did the cash come from?

Mike C. Was it a gift, a loan or an investment?

Jack: It was a loan.

Mike C. Do you have the loan documents?

Jack: No, we shook hands, I thanked him and gave him a big hug.

Mike C. To whom was the check made out?

Jack: It was made out to me and I immediately deposited it into my business checking account..

Mike C: You know that this influx of cash now represents more than 80% of your working capital. Are you sure it was not a gift or investment. If it was a gift there might be some gift tax implications for Uncle Bob. If it was a loan you now have a creditor that might make it more difficult for you to obtain future loans. On the other hand, if it was an investment you now have a partner.

Jack: Call “Uncle Bob”. He will clarify it for you.

Mike C. Hello, “Uncle Bob”. This is Mike C., Jack's accountant. You gave Jack a substantial amount of money. What was the purpose of it?

Uncle Bob: Jack is my deceased sister's only child. He needed the money and since I am also his “Godfather” I have a moral obligation to help him.

Mike C. Was it a gift, a loan or an investment. (A short explanation was given similar to Jack's about the implications of gifts, loans and investments.)

Uncle Bob: It was a loan. Jack said he would be able to pay some of it by the end of the year. I told him not to worry about paying me back. I also said that since I have started several successful businesses I would help him build up his business.

Mike C. (More frustrated than ever.) Thank you “Uncle Bob”.

The above scenario is not atypical. When dealing with friends and family, documentation is just as important as when dealing with outside investors and creditors. In this case, there seems to be a meeting of the minds that this transaction was a loan. There was a promise to pay on the part of Jack. But “Uncle Bob” said not to worry. It appears that “Uncle Bob” has no expectation of being paid back. Does this make it a gift? On the other hand, the money represents 80% of Jack's working capital and “Uncle Bob” said he would help build the business. Does this make it an investment?

If you were Jack’s accountant what position would you take? Was it a gift, a loan or an investment? What position do you think the IRS, Franchise Tax Board and Board of Equalization would take? For example, the California Board of Equalization is currently targeting businesses in various geographical areas for sales tax compliance. A procedure they use compares the inflow of cash into the business financial and banking accounts against the reported amount of taxable sales. Any discrepancies are viewed as unreported sales. In Jack's case they could take the position that the $50,000 came from unrecorded sales and assess Jack for unpaid sales tax plus interest and penalties. The burden to proving otherwise is up to Jack.

The purpose of this article is not to present a solution to Jack's problem. The purpose is to show the need for understanding the possible implications of not having documentation. When in doubt always consult with your accountant or attorney. Time spent on justifying a transaction to the authorities is time not spent on operating and expanding your business. For a small business, time is a most precious commodity.

Posted by SCORE Orange County at 9:40 AM