Marketing Blunders in the International Marketplace and How to Avoid Them 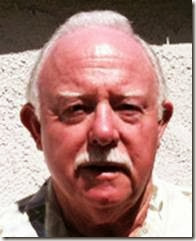 If in the development of your business marketing plan you have the desire and/or plans to move into the international marketplace, then there is a totally different set of marketing issues that you need to be aware of in your market research efforts. In this situation, your market research efforts will still include the need to address who your target audience is, what the demand is for your product(s), who is your competition (now both U.S. and non-U.S), how their products compare with yours in terms of price, quality and other features, how do you get your product(s) into this new marketplace and, more specifically, how do you “represent yourself” in the context of the different cultures that you will now encounter. Global marketing has its own set of issues that you will need to address.

You will need to be sensitive to not only cultural and emotional values when marketing your products but also language differences. The web contains an extensive collection of international marketing blunders to illustrate this point. Amusing examples from numerous web sites include the following:

As pointed out by Karl Livingston in his article “Massive Marketing Blunders: What Were They Thinking?” (see http://voices.yahoo.com), examples such as cited above show that promotional messages in one country might deliver one message whereas in another country the same message can be conceived as something else. He says that some of the things that need to be taken into consideration when launching a new product or creating a marketing campaign in a foreign country, as illustrated in the above examples, are: language, culture, emotional value and slang languages among many other things.

In his article entitled “Marketing Blunders & Global Culture”, Thomas Metcalf of Demand Media (see http://smallbusiness.chron.com/marketing-blunders-global-culture-64855.html) suggests what to do to minimize the chance of making global blunders. He says to plan ahead. “Select the countries where you intend to do business, and learn all you can about them. Find a native speaker who can help you with translations and guide you through cultural innuendo. You must familiarize yourself with language, graphics, color and symbolism. As you learn about the culture, examine the attitudes about aging, gender roles and tradition. Explore the economic conditions—not just the current state of affairs, but also how the countries have reacted to economic turmoil in the past. Make sure your name and brands are acceptable overseas. What is acceptable in one country may be insulting in another, and there may be regional differences within countries. With best efforts on your part, you should be able to shrink the barriers and enjoy good business relations.”