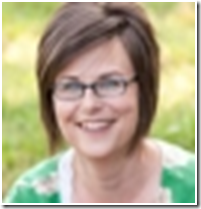 This article was written by Jodi Helmer, in Entrepreneur Magazine, reprinted by permission

For Joanna Griffiths, launching a crowdfunding campaign was about more than raising capital for her startup. Griffiths turned to Indiegogo in 2013 to test the market for Knix Wear, a line of women's underwear made from moisture-wicking, odor-absorbent fabrics. "It was the last test in a series of tests I conducted before launching the business," explains the Toronto-based entrepreneur.

Even though Knix Wear garnered support from 518 backers who pledged more than $50,000 for the 2013 campaign--on a goal of less than $40,000--crowdfunding was a challenge. "I thought if I had a great idea and a strong platform, I would sell thousands of units," Griffiths recalls. "But getting every single new backer was a struggle."

As crowdfunding gains popularity as a financing model--Kickstarter, for example, has seen more than $1 billion pledged since its 2009 launch, and more than 19,000 successful campaigns last year alone--a growing number of startups are clamoring for support from backers, making it that much harder for 'treps to stand out.

Before you sign on with one of the 200-plus U.S. crowdfunding platforms, master these tricks for launching a successful campaign.

The "field of dreams" approach doesn't work for crowdfunding, according to Indiegogo co-founder Danae Ringelmann. "You can't launch a campaign, go on autopilot and expect money to come rolling in," she says.

In fact, Richard Swart, director of research at the Program for Innovation in Entrepreneurial and Social Finance at the University of California, Berkeley, found that campaigns that successfully raised $100,000 spent at least 200 hours preparing for a crowdfunding effort and an average of 136 hours managing it--all before pledged funds hit the bank.

Prior to launching the Knix Wear campaign, Griffiths studied successful crowdfunding efforts and backed a handful of projects to get a better idea of the ways in which smart startups approach their campaigns. She also created an editorial calendar that outlined the day-to-day strategies for social media, posting updates and soliciting media coverage from national news outlets and popular blogs that served as a running to-do list for the six-week campaign.

It's a rookie mistake to wait until a crowdfunding campaign goes live before reaching out to prospective backers. "To reach the funding target, the first 30 percent of funds needs to be committed before the campaign goes live," Swart says.

That goes beyond simply contacting everyone in your network to request support. "You need to develop relationships with thought leaders, celebrities and other supporters who will back the project and [agree to] amplify your message on social media before going live," he says. "To be successful in crowdfunding, first you build a community, then you engage them."

"People fund people, not just ideas," Ringelmann says. Successful campaigns feature videos that introduce entrepreneurs and capture their passion, as well as offer cool perks that allow backers to engage with the product.

To raise capital to create her Jiva Cubes line of instant coffee, Natalia Rodriguez recorded a three-minute video highlighting the product's organic Fair Trade ingredients and offered boxes as incentives. She hoped that coffee lovers would contribute toward the $15,000 goal she set for her 2012 Kickstarter initiative.

But pledges totaled a little more than $3,500. Rodriguez attributes the lackluster response to her failure to create a compelling campaign. "I didn't think about what people wanted," she explains.

Engaged backers offer more than just cash--they are "a critical resource for the entrepreneur, not just for the funds they are donating to the project but for the ideas they are sharing," according to Dan Marom, co-author of The Crowdfunding Revolution. In other words, soliciting feedback from supporters--and responding with adjustments to marketing strategies, product designs or price points--is as important a part of crowdfunding as raising capital.

Within a week of launching on Indiegogo, Griffiths realized that marketing Knix Wear as a product for incontinent women was ineffective. Based on feedback from potential customers, which included questions about whether the fabrics wick sweat and minimize odors, she reshot the video, scrapped the original messaging and refocused her campaign to emphasize the benefits of the product for all women, not just those with health issues.

"Crowdfunding allowed me to engage with customers and get their feedback before spending a ton on production," Griffiths notes.

Although her inaugural crowdfunding campaign exceeded its goal, Griffiths lowered her funding target for a 2014 follow-up, believing she had a built-in psychological advantage. "It's a lot easier to rationalize backing a campaign that is 100 percent funded," she points out.

The strategy worked: The follow-up campaign hit its target of more than $13,000 within two weeks and went on to raise more than $38,000.

Setting a smaller goal on Kickstarter, where just 44 percent of campaigns hit or exceed their funding targets, could mean the difference between collecting a check or conceding a failure. "Reaching a funding goal is the kind of early validation that makes [backers] want to get onboard," Indiegogo's Ringelmann says.

Crowdfunding relies on online platforms, but most successful bids include real-world components, too. To reach backers, Berkeley's Swart suggests hosting launch parties, organizing roundtable discussions with leaders in relevant industries and establishing a presence at community events. For example, a startup developing a product for long-distance runners could partner with marathon organizers to connect with prospective customers and garner support for the campaign.

To generate buzz for her first crowdfunding effort, Griffiths sent a video to the vice chairman of Hudson's Bay Company, one of Canada's largest retailers, introducing Knix Wear and offering a special retail pack through Indiegogo; the exchange led the corporation to place an order for 18 of its retail locations via the crowdfunding campaign.

Prior to her second campaign, Griffiths developed a relationship with lingerie e-tailer BareNecessities.com, which placed an order for Knix Wear through Indiegogo as a result of personal interaction with Griffiths.

"I did a lot more than ask backers to donate to the campaign through social media," she explains. "It was all of the work that I put in behind the scenes that made the campaign successful."

Most backers are interested in a behind-the-scenes look at the business and creative process. This means sharing updates and following through with promised rewards.

Engaging with backers is more than just good customer service: Indiegogo has determined that campaigns that sent out at least three updates raised 239 percent more than those that sent out fewer updates.

Rodriguez of Jiva Cubes believes her third Kickstarter campaign attracted support from more than 2,700 backers because of the positive reviews she received on her previous campaigns, including feedback about her ability to deliver the products and perks as promised. "A project isn't successful when it's funded," Rodriguez explains. "It's successful after the creators deliver a product."

Successful startups know that a one-and-done attitude is not the best approach to crowdfunding. In fact, Swart believes, "it's smart to do successive campaigns."

Crowdfunding endeavors that raise millions might get a lot of attention--nine projects posted on Indiegogo and 62 Kickstarter campaigns have hit the seven-figure mark--but most startups set much smaller goals. On Kickstarter, the average amount raised is just $15,000.

Launching a series of small campaigns to reach specific benchmarks may make more sense than launching a single campaign with a huge funding goal, because it builds brand loyalty over time and gives fans additional opportunities to support the startup at various stages.

Rodriguez has followed this model, launching a subsequent Kickstarter campaign to introduce the sugarless variety of her coffee cubes and to appeal to fans for both funding and feedback. "We value their opinions," she says. "Without our backers, we wouldn't be successful."

Jodi Helmer is a freelance writer living in Portland, Oregon. Visit her online at www.jodihelmer.com.