If You’re Looking for a New Product or Service Start-up Idea, Give Some Thought to the Needs of Senior Citizens. Here’s Why. 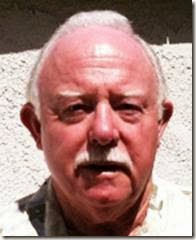 To see why this is the case, one needs to start with an examination and evaluation of the latest Census data/information. In this regard, the latest information regarding the population of individuals age 65 years and over in the United States can be found in the 2010 Census results at http://www.census.gov/2010census. One also needs to examine related demographic analysis reports such as: “An Aging Nation: The Older Population in United States”, Report No. P25-1140, issued May 2014, “The Older Population: 2010”, Report No. C2010BR-09, issued November 2011, as well as various press releases found at http://www.census.gov/newsroom/press-releases/2014. These reports are all available on the Internet. The trends are important here. In this case, selected examples and observations derived from a review of this information are as follows:

· The nation’s 65 years and older population is projected to reach 83.7 million in the year 2050, almost double in size from the 2012 estimate of 43.1 million. The baby boomers are largely responsible for this increase in the older population, as they began turning 65 in 2011. By 2050, the surviving baby boomers will be over the age of 85.

· By 2032, Americans over age 65 will out-number those under age 15, which means that elders will be short on caregivers—not to mention that they will make up a large amount of the population marketplace.

In the December 2014 issue of the AARP Bulletin, there is an interesting article by Jo Ann Jenkins, CEO in which she states that “Next month (January 2015) Gen Xers ( those individuals born between 1965 and 1984) begin turning 50. Ten thousand people a day are turning 65 and that will continue for the next 16 years”.

The above-cited demographic results suggest that there are most likely many opportunities for start-ups if they were to focus on the needs of the elderly—specifically, there is a significant “customer base” and it is expanding.

To illustrate my point, in the November 17, 2014 issue of Time Magazine is presented an interesting article entitled “Senior Startups-Innovators are targeting a new demographic” by Katy Steinmetz in which she states that “the over 65 crowd is an expanding demographic with plenty of problems for innovators to solve”. In her article, Ms. Steinmetz points out that nearly 90% of those over age 65 say that they want to remain at home as long as possible, and many companies are trying to make it easier, or more pleasant, for them to live on their own. Examples cited in the article include a social network that connects older people, a smart watch that includes features such as pill reminders, and a sensor-based monitoring system placed on pillboxes and the refrigerator that family members can remotely use to assess activities within the senior households. As she points out in her article, “one reason that tech companies have been slow to target older consumers’ needs is that entrepreneurs are often young and tend to solve problems they know first hand”. This further suggests that the needs of senior citizens could very well be an “under-served” start-up opportunity.

Other suggested needs of this “customer set” can be found in Maureen McFadden’s April 2, 2010 article entitled “New technology could help senior citizens maintain their independence longer “ (see: http://www.wndu.com) and are as follows:

· New technology to help them maintain their independence longer

· Products to insure security and safety, including fall prevention

To help start-up entrepreneurs and inventors with commercialization of ideas for meeting the needs of the senior population, Edison Nation Medical, a business component of Edison Nation that produces the “Everyday Edisons” TV series, is searching for innovative product ideas to improve the health and wellness of the senior population through its Innovation Search Program (see: http://edisonnationmedical.com/live_product_searches/ENMEDICAL481) with “the objective of the Innovative Search being to uncover ideas for products, devices, technologies or apps that improve the quality of life and the ability to maintain independence for Seniors.” Promising ideas will be presented to leading medical device manufacturers and healthcare retailers with whom Edison Nation Medical has partnered with the end goal being to commercialize each qualified product idea. In this regard, Edison Nation Medical states that, in the context of this innovation search, senior health and wellness products cover a broad spectrum of product categories, including (but not limited to):

· Products that improve safety and mobility

In summary, demographic analysis of the U.S. senior population shows that we have the “ideal new product and service opportunity situation”, namely, a customer base that is rapidly expanding with many needs and problems to be solved. Start-ups and inventors couldn’t ask for a more perfect situation. Go for it!

Posted by SCORE Orange County at 9:15 AM

An Important Message from Microsoft:

As a part of normal product lifecycles and to accommodate the shift towards modern technology and mobility, Microsoft will completely end support for Windows Server 2003 on July 14, 2015.  Security patches and updates will no longer be available after this period.  This Alert from the Department of Homeland Security indicates the seriousness of this event, and Microsoft encourages all businesses to carefully evaluate a migration plan.

Research from IDC confirms that businesses should thoughtfully consider using this moment as a starting point for the shift toward modern technology. “We think customers should take advantage of this deadline and see it as an opportunity not only to move forward to a newer version of Windows but also to modernize and prepare for the next generation of computers. Hybrid and public clouds are important components of next-generation IT.”

Safeguard your business and make migration a priority with these helpful links:

The Assessment and Planning Toolkit

Posted by SCORE Orange County at 9:12 AM

What Type Of Seller Are You? Selling Your Business Depends On Your Approach

This article was written by Peter Siegel, MBA, Founder and President of BizBen.com, from his blog. Reprinted by permission.

Most every Californian who owns a company wants to put it up for sale sooner or later. And if the owner doesn't have employees or family members ready to pay the money and take over, it means trying to find a buyer in the business-for-sale market. Sadly, only one-third of the hopeful sellers in this market will be successful.
The two-thirds of owners unable to connect with a buyer ready and able to pay a purchase price will ultimately have to close the business or give it away. The problem may be with the business - that it simply is not desirable. But just as frequently, the reason an owner can't make a sale is because he or she is one of the many seller types who inevitably will fail.
A review of the common kinds of sellers can help an owner determine which accurately describes him or her. And that's the clue to your chances of being able to achieve a satisfactory sale.
Those seven types are:

1. Make a Killing Mike: Also known as "Make a Million, Mike," this individual believes the business is worth more than any sensible buyer will pay for it. There are a number of ways Mike justifies the asking price. A popular idea is that a similar business recently sold for the price Mike wants. But no two businesses are alike, and Mike doesn't understand that the "similar" business is much more profitable and in a better location. The market may not reward Mike if he should eventually lower the price to a figure close to its value. Buyers often are not interested in investigating a business that has been on the market for a long time - whatever the reason.

2. Clarence Can't Carry: An important selling feature of most any business offering is the willingness of the seller to "carry back" part of the purchase price. Along with a cash down payment, the seller receives a promissory note usually secured by the business assets, to be paid off by the buyer over a period of time. It's reassuring for a buyer when the seller is willing to help finance, because it show the seller believes in the business and in the buyer's ability to operate it successfully. An offering that can only be purchased with all cash is almost always unappealing compared to other opportunities that come with seller financing.

3. Rita Rosy Picture: According to Rita, her business is about to become as much in demand as this week's most popular show business celebrity. She has the best inventory in town, the most helpful and loyal employees and greater prospects for the future than any buyer can imagine. Even a business that does excel in some respects has its problems and disadvantages. Buyers know that and often don't feel secure about an opportunity that is described only in the most optimistic way. When meeting with a seller who doesn't come across as honest and credible, many buyers get a negative feeling about the opportunity - the opposite of what the seller intended.

4. Nick Not Ready: Any prospective buyers meeting Nick will wonder how he could be trying to sell his business but not be able to produce current financial information, a list of assets to be included, or a definitive description about the premises lease that the landlord will provide to a new owner. Does the seller have something to hide? Is he really that disorganized? If so, what does that say about the condition of the business? Did he neglect to "get his stuff together" because he doesn't really believe the business is salable? These are questions that occur to buyers as they decide they aren't interested in what Nick has to offer.

5. Don't Worry Dorothy: When Dorothy tells a prospective buyer for her business that he or she shouldn't worry, it usually results in the individual becoming very concerned. Buyers want to know what happens if the customer who accounts for half the company's income decides to do business elsewhere. They want to understand what consequences might result from the large competitor moving into the neighborhood. If the seller doesn't have answers for these types of worries the buyers decide they won't worry about those issues. That's because they'll look for another business to buy.

6. Secret Sam: One of the things Sam likes to tell prospective buyers is how much of the company's income goes directly into his pocket without being recorded on the books.  He may be proud of his skimming habit. He may think he's quite clever at fooling the taxing authorities. He might think the buyer will add the total of unreported cash to the reported income and decide the business is making enough money to justify the asking price. But he's mistaken. The buyers who investigate Sam's business soon realize he can't be trusted and move on to find out about other opportunities.

7. Realistic Ralph: Since he is motivated to sell, Ralph wants to present his business in a way that will generate positive responses from buyers. He understands he needs to be proactive in preparing the business for sale. The asking price accurately reflects market conditions. His books are in order and ready to be investigated by qualified buyers. Ralph met with financial institutions with the help of a niche financial advisor who specializes in business purchase financing. The business has been prequalified for financing. And Ralph is willing to carry back 20% of the price with a note. His approach is a clear recipe for selling success.

Any prospective seller who sees himself or herself in the descriptions of one or more of the first six seller types should understand that the chances of selling the business may be limited simply because of these seller attitudes and behaviors. Are you similar to Mike or Rita? Sam or Dorothy? The best chances of achieving a successful sale are to assume the characteristics of Realistic Ralph. It's owner/sellers like him who account for the one-third of California business offerings that result in a sale.

Posted by SCORE Orange County at 9:10 AM